Blog of a bonsai amateur and tree lover 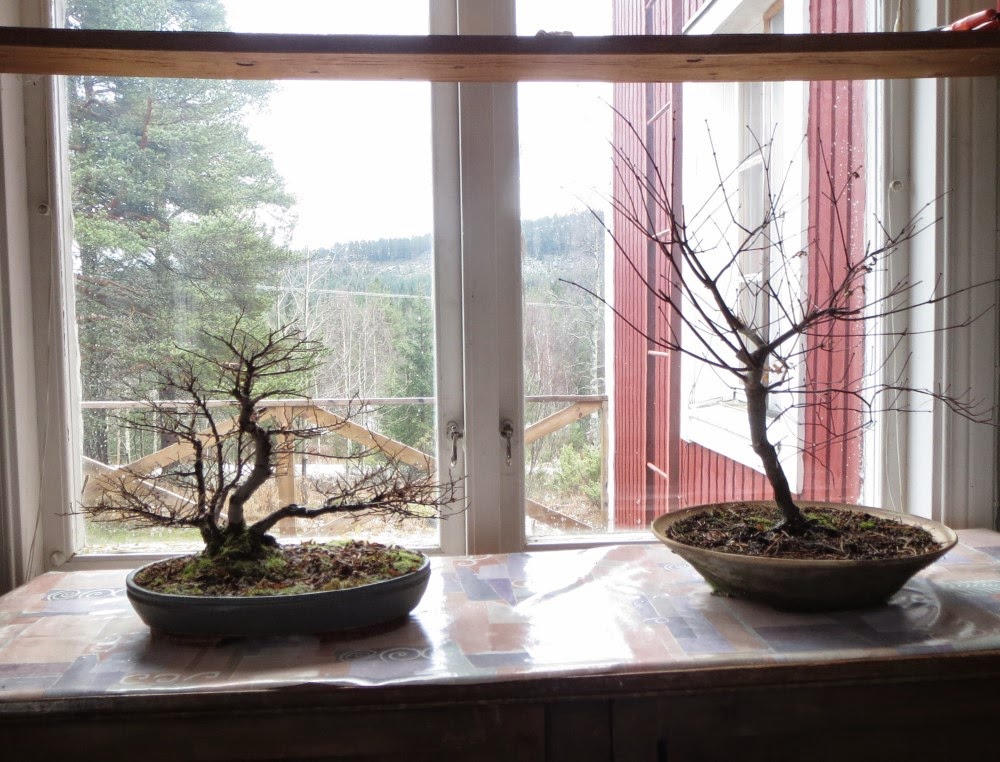 What's with these two plants then? I took them out of the garage and now I think I will keep them here in the vestibule for some time. 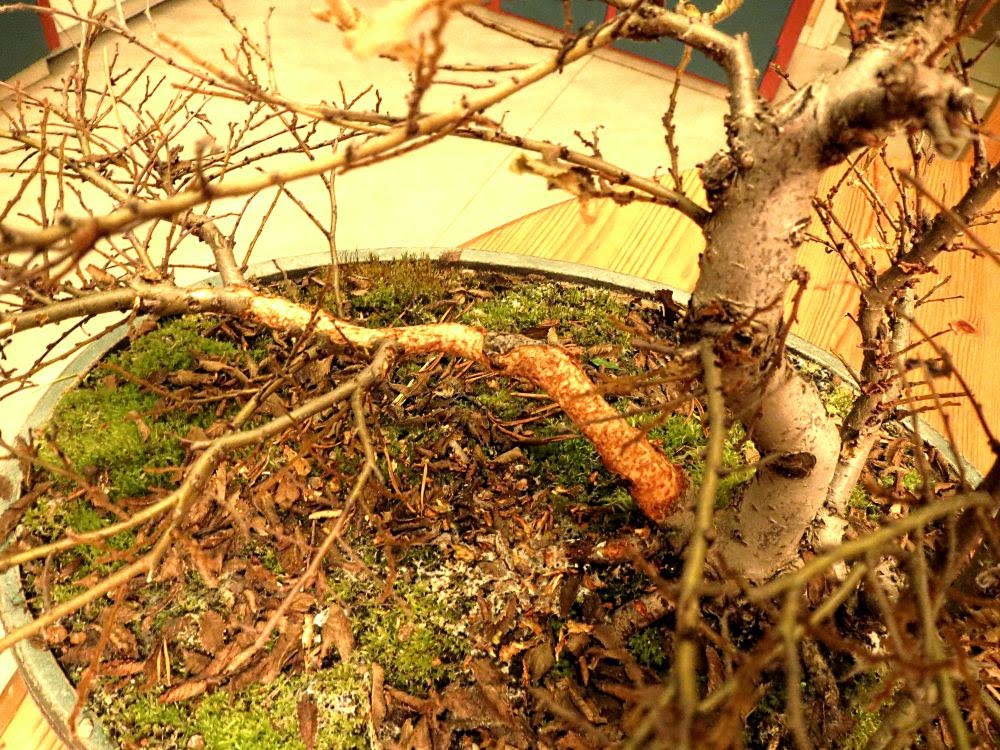 The reason is I found that they had been attacked by rodents! Picture above: my only living small leaf elm. Don't want it to die. Picture below: a Japanese maple. It looks like it has been debarked all around, but  there is still a little bark left on the other side. Actually, this tree has survived rodent attack before: see this post! (The maple bark must have an especially good taste, as the animals have chosen them both last time, and this time, among all different sorts of trees in the garage.)

I have painted over the damaged parts and now hope for the best. 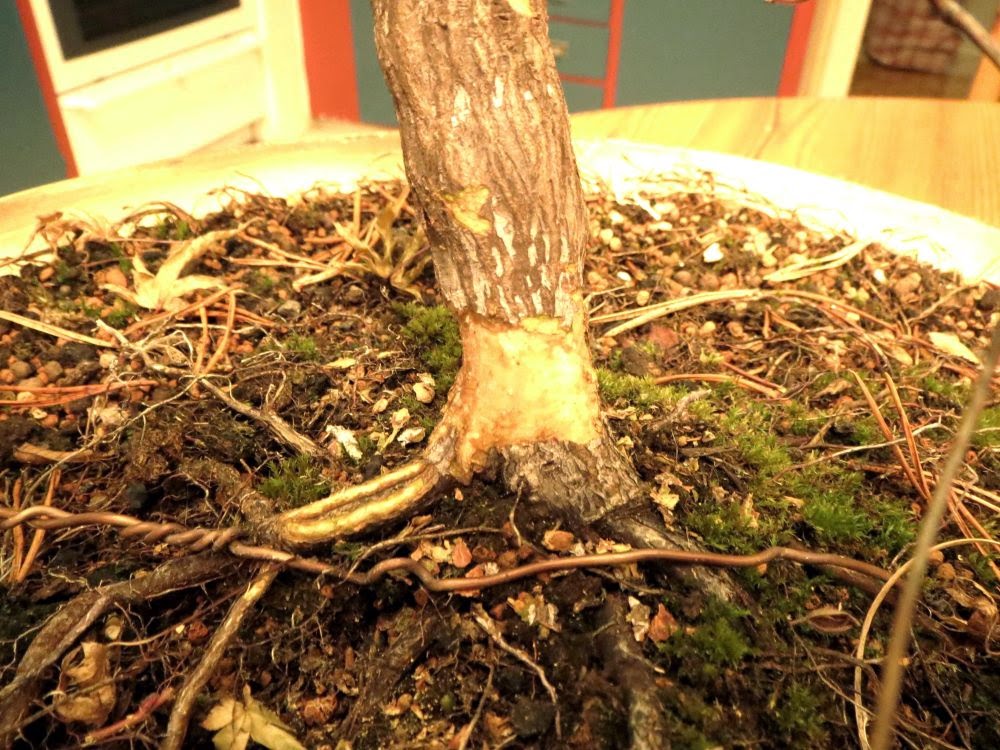 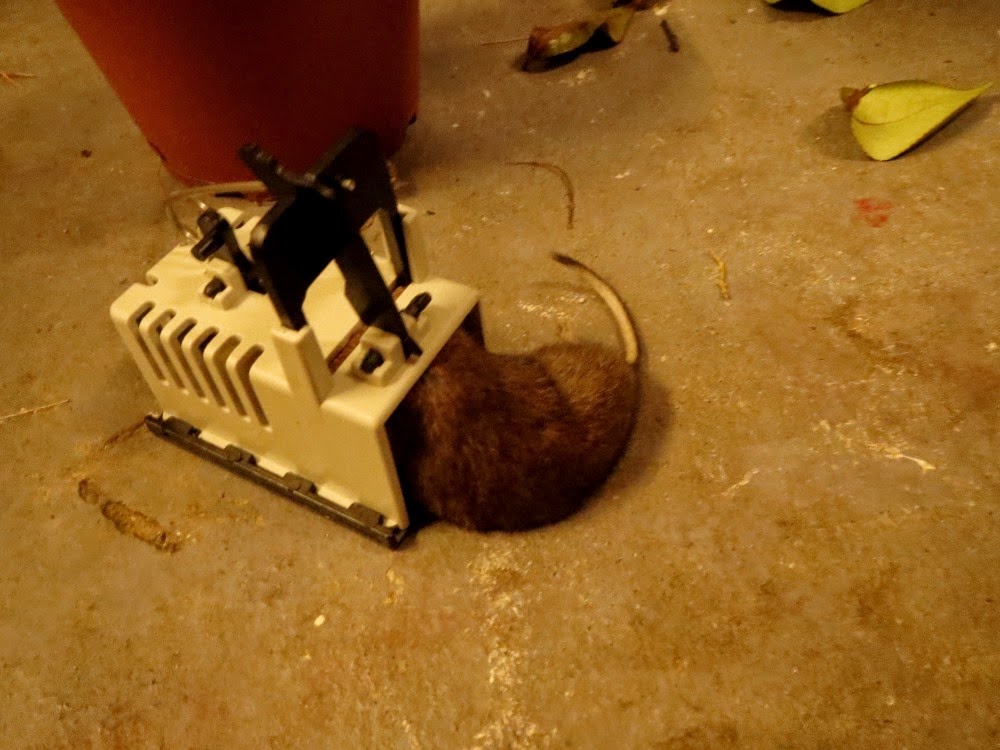 Those guilty of this crime have been punished: So far we have trapped four little animals in this kind of trap. My husband says three of them are voles and one is a mouse. I have a feeling there will be more of them coming in, it is that sort of a year, obviously.
Don't we have a cat? Yes we have a cat! We have tried to leave Hanibal in the garage sometimes, but unfortunately I must say he has not done his job properly... 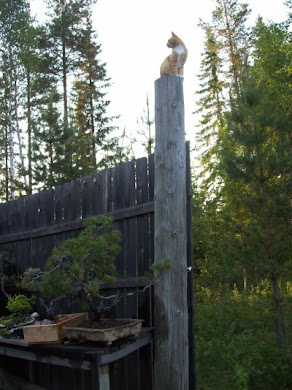 All posts with trees in general, like trees in nature or park, are filed under all other trees (andra träd) while all the different species-labels refer to bonsai - including pre-bonsai and anything meant to be bonsai in the future...

Bonsai-Anna
Bonsai amateur since around 1987. Living in a cold climate in the north of Sweden. The short growing season makes developing the trees a really slow process and a challenge! 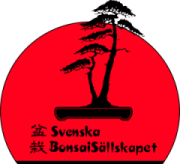